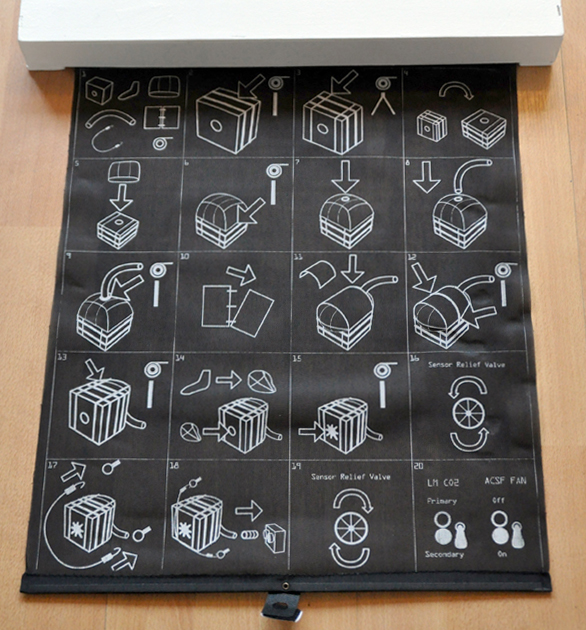 For this assignment we were ordered to create a new manual for the Apollo 13 crew. The crew encountered a serious problem back in 1970. The service module was crippled by an explosion. On which the carbon dioxide removal system depended.

In order to stay alive they had to improvise and build a dioxide removal system from different available components. My idea was to minimize the physical space it would take on the space shuttle. Therefor I chose to use a car’s sunshield to screen-print the information upon.