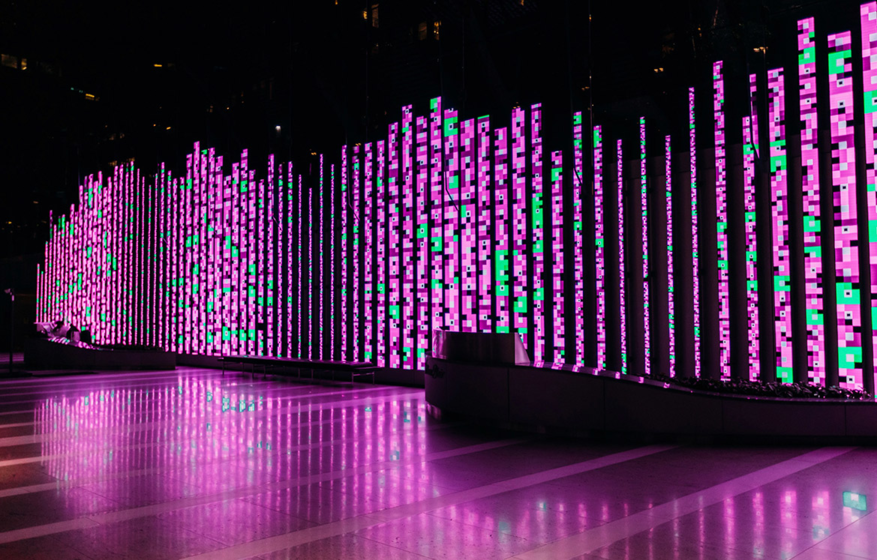 The 150 Media Stream in Chicago gave us the opportunity to do something interesting to be visualized on their huge 89 LED screens.

We wanted to give an insight in how algorithms work, after a few concept iterations and extensive prototyping we decided to visualize the ACO (Ant Colony Optimization) algorithm, this algorithm we use daily in services such as Google Maps. The ants will try to find the shortest route between the parks in Chicago; depending on it’s surroundings (there are obstacles such as water and building) the ant will decide which pixel next to move to. If successfully the ant will leave pheromone which strengthens the underlying routes.